Arknights, the incredibly popular tower defence game from Yostar Limited, has recently been updated to introduce new storylines, events and characters. The update has been called Operational Intelligence.

These new storylines will focus on other characters than we’re used to, with seven stories in total, each with their own individual plot. They’re all intended to deepen the game’s already fairly expansive lore even further by exploring topics such as belief among reunion members and the struggles everyone has faced in the battle.

There will also be an event that will run from 25th March to 8th April. During this period, players will be able to get Valid Intelligence Units from event operations that will unlock stories and a variety of rewards.

Four new operators have also been added to the game. The first is Magallan, a six-star support hero. She originates from Rhine Lab and comes equipped with a skill that allows her to summon drones that will fight by her side. They will both slow enemies and deal single target or AOE damage.

In addition to Magallan, there’s Executor, a five-star sniper. He will perform group attacks to damage every enemy that’s in range. The front row of those enemies will receive 1.5 times the damage, making Executor very useful for dealing with groups of enemies.

Next up, we have Flamebringer, a five-star guard. His HP will increase every time he claims a kill and he also recovers hit points whenever he attacks an enemy, making him a difficult operator to beat. 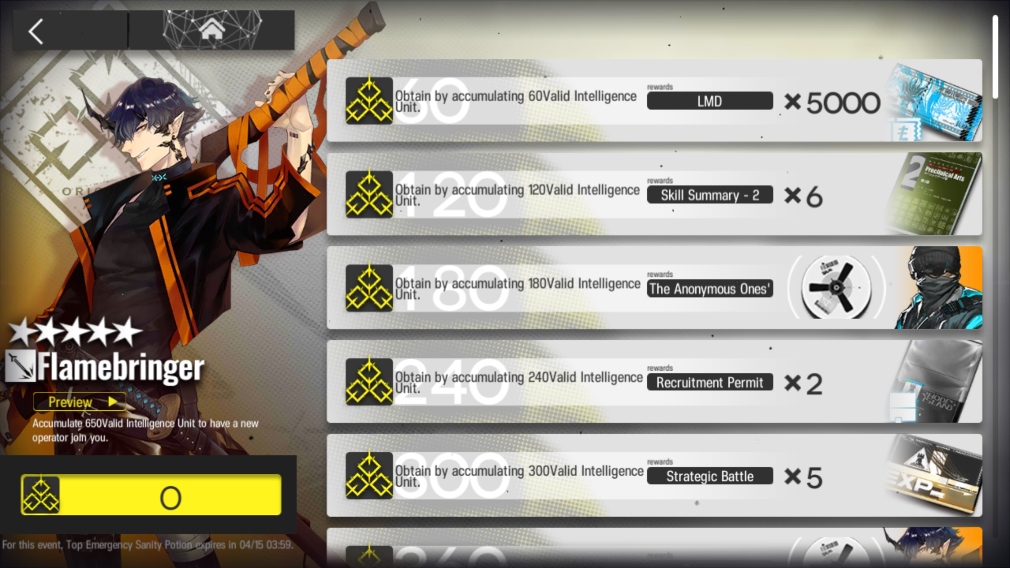 Finally, there’s another sniper called Vermeil, who has a four-star level. She has higher basic attack damage than other snipers of that level and can attack two enemies at once after her second skill is activated.

Arknights is available now on the App Store and Google Play. It’s a free-to-play game with in-app purchases.

Enjoy tower defence games? Here are 25 of the best available for iOS