Bandai Namco’s Tori mixes real-world, craftable toys with fun and accessible mobile games. It’s maybe helpful to think of it as Nintendo Labo for iOS and Android. The first pack, called the ‘Explorer Pack’, is set to launch on October 2nd, and its first trailer has now appeared online.

Most of what’s shown in the trailer looks very Labo-esque, with lots of little cardboard models, such as a catapult and a space ship. That being said, there’s also an interesting light-up board and wand that you can use to control some of the games.

There’s clearly a big focus on allowing players to customise their little cardboard creations, and everything looks far simpler to assemble than, say, the Labo piano. You can expect a fairly even split between creating the models and playing the games, unlike the Labo, where it felt like I was spending most of my time fiddling with the models as opposed to enjoying the mini-games.

Some of the games on offer include the action-packed Crystal Chase, perspective-shifting puzzler Shades of Light, sandbox world-builder Supreme Builder, and the catapult-based Jungle Rescue.

More games will be added over time to build upon the foundations laid by the Explorer Pack. All apps will be downloadable from the App Store and Google Play, so they’re extremely easy to access and update. 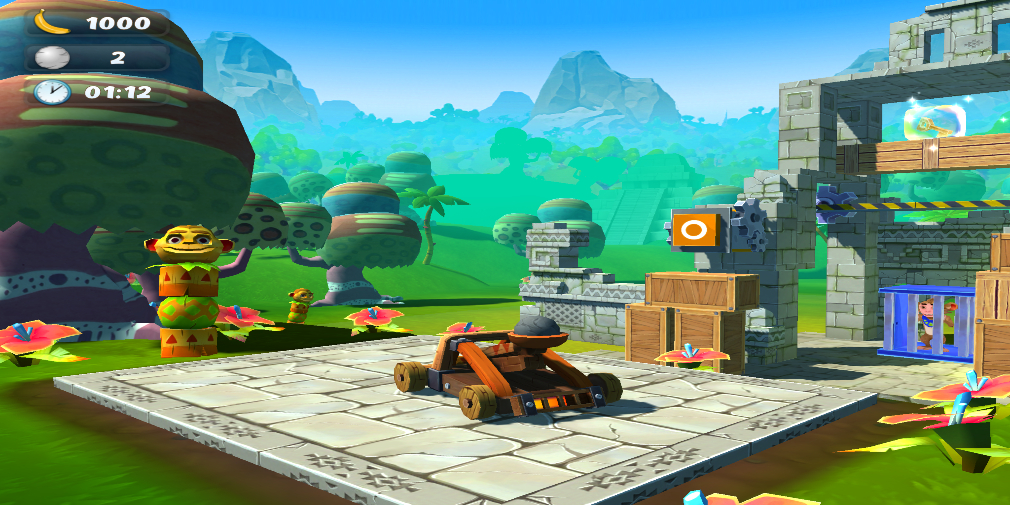 You can pre-order the Explorer Pack ahead of its October 2nd launch over on the official Tori site. It’s currently priced at £149.00, and that includes the Tori board, Tori wand, Tori spacecraft, Tori catapult, a handy tutorial book, and all the materials you’ll need to build and customise your creations.