My Arcade, one of the biggest names in retro gaming devices, has got three new products up for pre-order today – the Dig Dug Pocket Player, the Bubble Bobble Pocket Player, and the Rolling Thunder Micro Player.

All three devices are officially licensed and of unusually high quality for this sort of thing. Looking at the pics, they’ve clearly been lovingly customised to fit the theme of their game, and the Pocket Players boast a 2.75” backlit screen, 3.5mm headphone jack, and front-facing speakers.

The Dig Dug Pocket Player features 8-bit versions of both Dig Dug and its sequel, Dug Dug II. They of course challenge you to work your way through underground, monster-filled tunnels. It also includes The Tower of Druaga, a bonus game where you navigate mazes to save a fair maiden from the evil demon who hunts her. 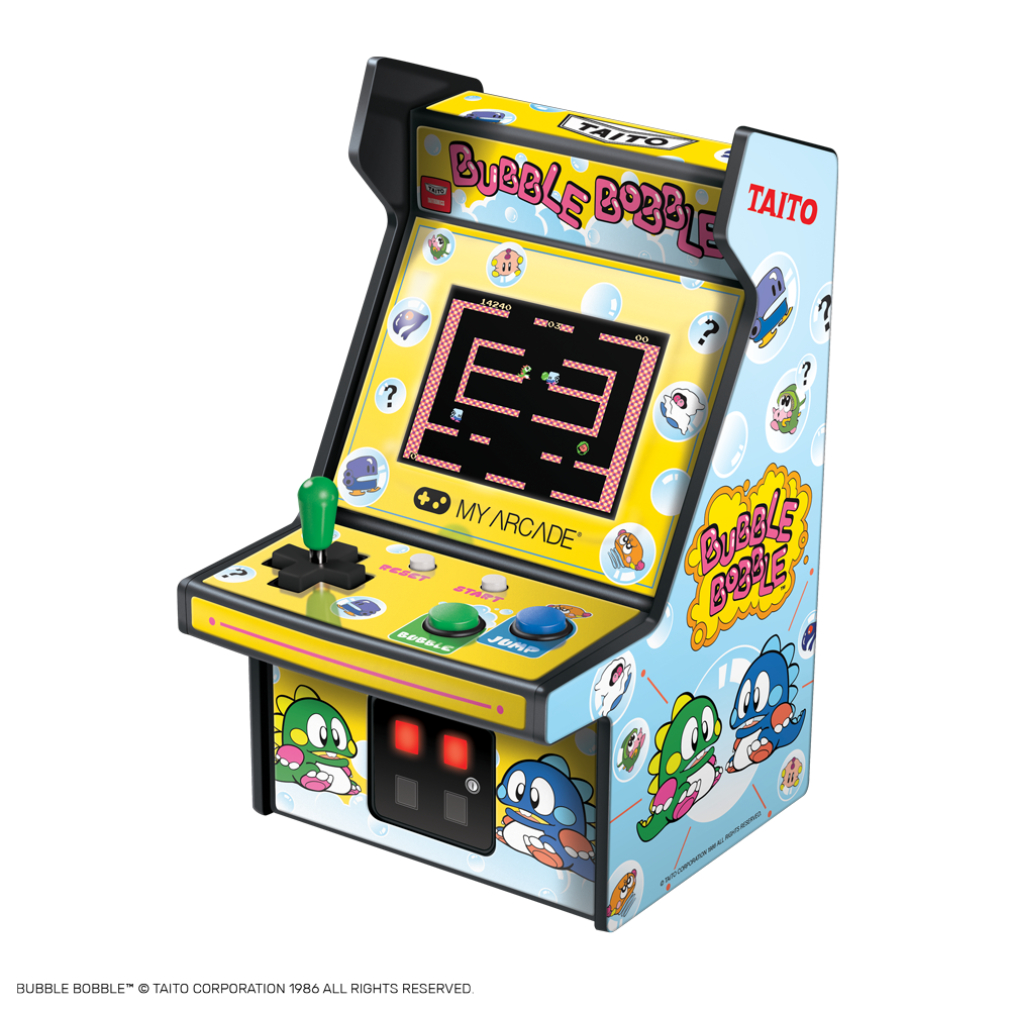 Last but certainly not least is the Rolling Thunder Micro Player, a 6.75” mini arcade cabinet with a 2.75” screen, full volume control, and a 3.5mm headphone jack. Under the hood, it’s pretty much the same device as the Contra Micro Player that we talked about a while back, though it’s obviously rocking a Rolling Thunder theme instead.

If you like the look of any of these devices, you can pre-order them now over on the official My Arcade site. They’re all priced at $34.99, and they’re currently slated to ship on August 5th, so lovers of retro games/tech thankfully don’t have too long to wait.