Cyber Drive is an upcoming cyber-punk themed runner for iOS devices that is set to release on 10th March. You play as a driver who’s apparently always late to arrive at their destination so they decide to take a dangerous shortcut through traffic.

However, this is the future, so that means your car will be of the flying variety and the city is of the futuristic ilk where cars fly around in different layers and altitudes. In Cyber Drive you’ll be diving down through those layers to get to your destination.

It could be described as an endless diver instead of runner, then. The game plays out from a pseudo-top-down perspective and you’ll have to avoid other traffic as well as railways and parts of buildings that jut outward during your descent. There will be plenty of levels to complete when Cyber Drive launches, though there will also be an endless mode for those who enjoy seeing how far they can go in these types of games.

There will also be coins to collect as you make your way through each level. These can be spent to purchase different vehicles. Whether or not this will be purely for cosmetic purpose of will have some effect on gameplay, we’re not too sure yet. 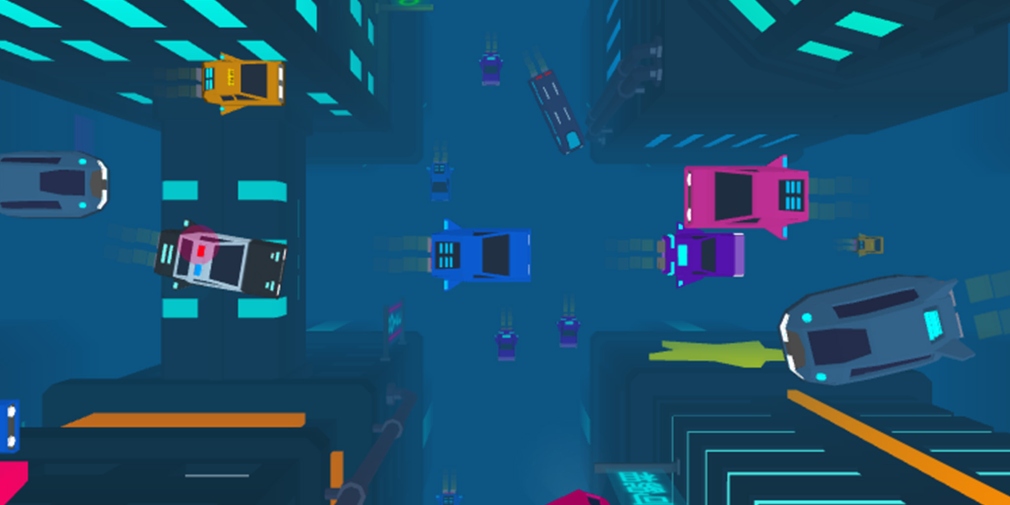 It certainly looks the part based on the screenshots we’ve seen so far. The cyber-punk aesthetic is obviously in vogue at the moment but I’m still not bored of seeing it just yet. On top of that, the idea of diving through the various layers of flying traffic does sound like a lot of fun, mostly because of how reckless that would undoubtedly be.

Cyber Drive is available to pre-order now on the App Store ahead of its release on 10th March. It will be a free-to-play game with in-app purchases.

Fancy some endless running action? Here are 25 of the best you’ll find on iOS