Singapore based developer IGG has just released another big update for its popular fantasy-based MMO, Lords Mobile – one of the most signifcant since its release on the app stores 3 years ago.

In that time Lords Mobile has emerged as one of the most popular titles for mobile in recent years – so much so that IGG recently brought its flagship title to Steam and kicked off a world tour for its dedicated fan festival Lords Fest.

The update brings a new upgrade to the game’s Familiar system adding a new dynamic to the way players train and utilise their Familiar units. For those not in the know, Familiars are tameable monsters which you can add to your camp by building yourself a Mystic Spire and researching pacts. Up until now the main purpose for Familiars has been to aid in production and status boosts, but now players are able to awaken their Familiars and take them into battle, or use them as defensive units by stationing them on your castle wall. 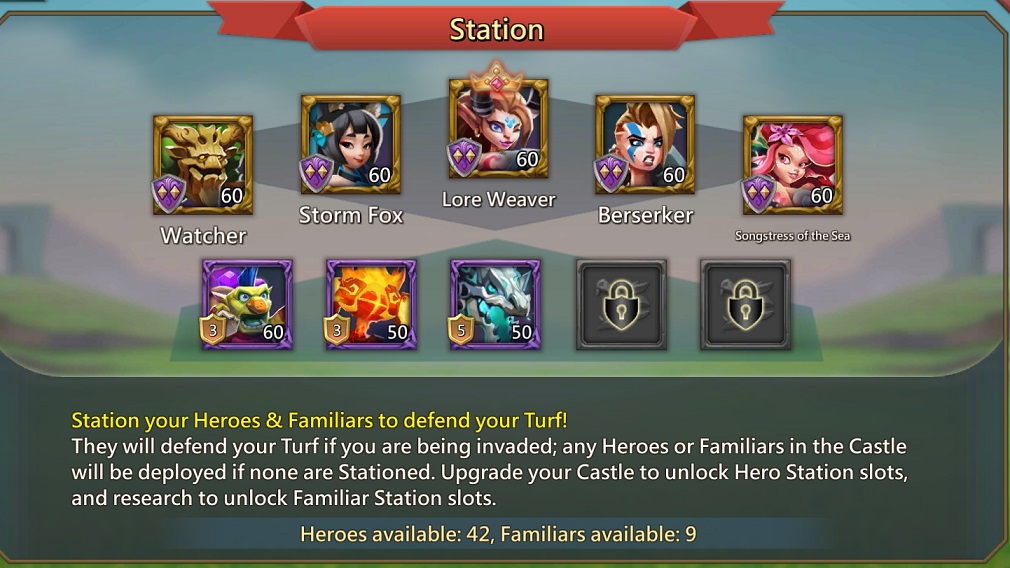 With Familiars now set to play a bigger role in your strategy here’s a couple of tips to help get your monsters up to speed. First off you’re free to build multiple Mystic Spires so don’t think that you should only limit yourself to one. Having multiple Mystic Spires will help increase the amount of items you can make (like Barracks). To increase your Familar’s skill levels you’ll also want to train them in the gym and assign heroes to instruct them. Another way to raise Skill Level is to feed Familiars with Runes, but keep in mind that skill level is restricted by Familiar level and Familiars can only be fed with their own specific Runes.

Lords Mobile is available to download for free from the App Store and Google Play.