For those looking for some early Christmas present ideas, Konami has just announced that it’s partnering with My Arcade to release two Contra-themed consoles – a handheld and a mini arcade cabinet – this “holiday season”.

The Contra Pocket Player and the Contra Micro Player are proper retro-enthused collectables that allow you to experience the run-and-gun classic in a neat new way. The Pocket Player, as the name suggests, is a handheld console, and the Micro Player is a sort of mini arcade cabinet.

You can see them both pictured below, though the pic makes it a bit hard to judge the size of them. Looking at My Arcade’s earlier mini arcade machines, it seems like it’ll be able to fit quite comfortably on your desk, which is nice.

My Arcade has a good track record with similar projects, including its upcoming portable console for NES and Famicon games known as the ‘Retro Champ’. It’s also put out similar mini arcade cabinets, like the Space Invaders Micro Player, the Elevator Action Micro Player, and the Bubble Bobble Micro Player.

Both versions will allow you to try out Contra’s signature co-op mode. You’ll need two of the same devices in order to play, and they’ll both need to be linked up using My Arcade’s new CO-VS tech. Don’t ask me what that is or what it means. 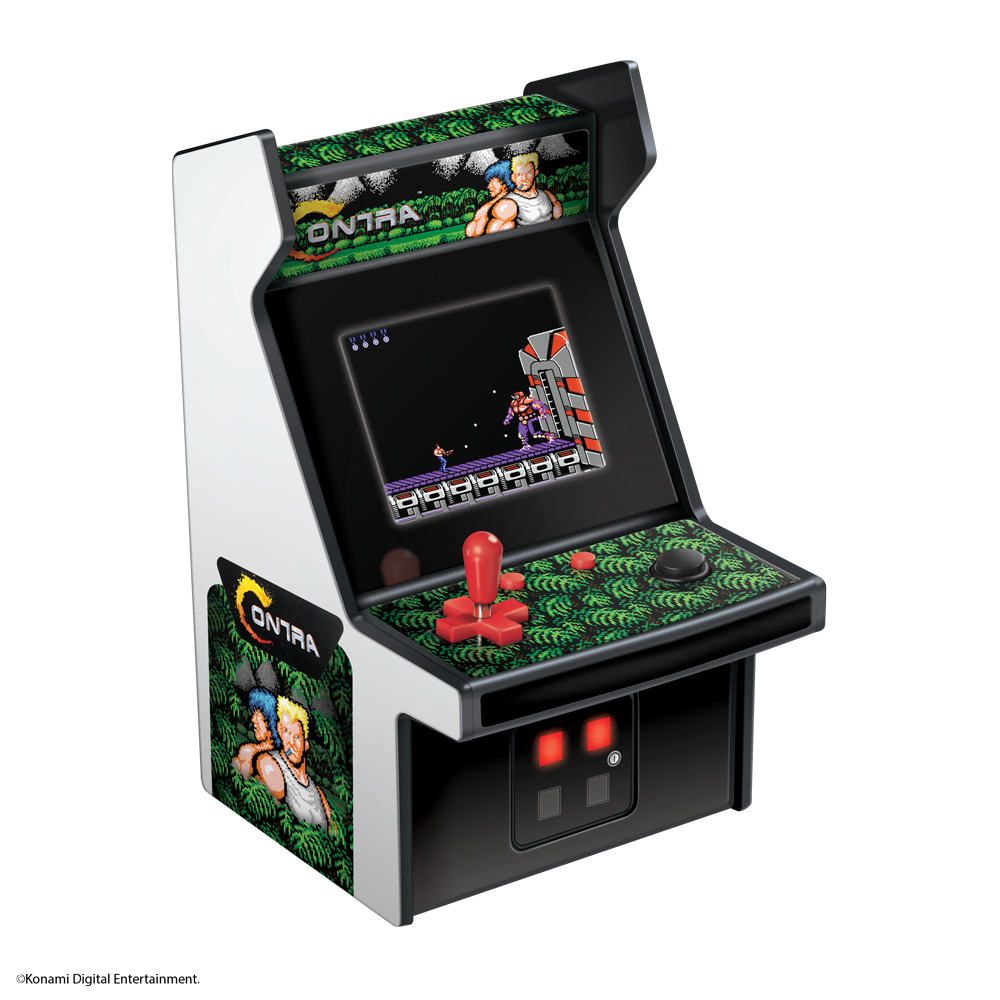 Both the Contra Pocket Player and the Contra Micro Player will be available later this year. As I said, My Arcade and Konami have listed this “holiday season” as the release window. Both versions look neat to me, and I’ve heard good things about My Arcade’s tech in the past.