KOONGYA Draw Party is a social quiz game from Netmarble where players are tasked with drawing a picture whilst everyone else has to guess what it is as quickly as possible. It will be heading for both iOS and Android on 26th March.

It’s very similar in concept to games like skribbl.io and it was originally launched in South Korea back in 2018 where it has proven to be quite popular. At one stage, it had a peak of 500,000 active daily users with 30 million quizzes being created since it released.

There are three different modes available in KOONGYA Draw Party, with each being a slight variation on the games draw and guess formula. The first is simply called ‘Drawing Quiz’ and will see players solving drawing quizzes that are filled with puns.

Beyond that, there’s a mode called ‘Adventure Quiz’, which will allow players to explore their neighbourhood and discover different drawings across town, made by other people or their friends. Think of it like Pokemon Go but instead of Gyms and PokeStops, there’s an abundance of drawing puzzles to solve.

Finally, there will be a ‘Party Mode’ where a host can create a lobby with up to 8 players who will then take it turns to draw and guess each other’s quizzes. All of these different modes will earn players various rewards, which can presumably be spent on making their profile fancier. 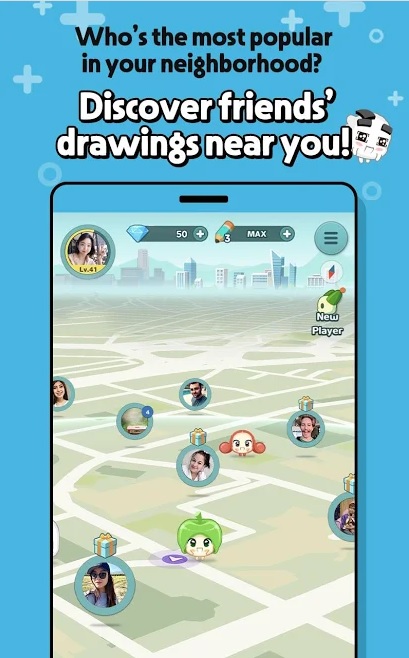 They added: “Everyone at Netmarble is excited to see how Western players join our Draw Party by coming up with their own hilarious takes on our quizzes in 2020.”

KOONGYA Draw Party is available for pre-register now over on the App Store and Google Play, where it’s release date is listed as 26th March. It will be a free-to-play game with in-app purchases.

While you practising your art skills, here are 25 of the best puzzle games available for iOS