Before this, I had not played Overwatch before – not even once. Despite countless assertions from friends and people online that it was a fantastic shooter to play as a team, I just hadn’t experienced it for myself until it came to Nintendo Switch. What I expect from Blizzard is approachable gameplay, with a high level of polish. And Overwatch delivers exactly that, while still having a few aspects which could use some work.

Overwatch is a hero shooter in the same vein as Team Fortress 2. You control one of the dozens of available characters and use their inherent weapons and abilities to achieve, well, whatever it is that you are attempting to achieve. You will often play in objective-based games, such as area control, pushing a cart, the usual team-based game modes you would expect from a game similar to Team Fortress 2.

Each character has their own distinct strengths and weaknesses. Tracer has amazing mobility and small hurt boxes, but her weapons don’t pack the biggest punch and require regular reloads. Bastion meanwhile is absolutely huge and easy to hit but deals with massive firepower. Each character has unique abilities, but their advantages also have heavy restraints.

This makes the game well balanced but also presents us with a difficult issue. Every character, no matter who you play, feels hamstrung in some way. No character is a fully capable, solid all-rounder, instead, each of them has to have a specific playstyle to benefit their tools in battle, and as such, many of the characters follow the tank, DPS, healer role system of MMOs like World of Warcraft.

It does also pose another problem, though. It focuses on a team play style, meaning lone wolves will likely find themselves out in the cold, and the 1v1 and FFA modes feel lacking, given that your usual downsides aren’t aided by your team.

But Overwatch has so many game modes you won’t get bored. Free for all, 1v1, point control, cart push, and then there are the wave survival modes, such as the Dr. Junkenstein mode for Halloween. You’re unlikely to ever get bored of game mode selection, thanks to the fact that it just keeps evolving. The character selection also aids in the game feeling fresh – at this point, there are so many characters available that it’s difficult to master them all, in the best possible way.

There’s no strict single-player component, which is why the game comes with a three-month subscription to Nintendo Switch Online. It also means you’ll have to get used to playing against other players, the progression system is essentially represented by loot boxes and skins exclusively.

Playing certain modes, performing well, and taking on certain roles, will reward you with loot boxes, and basically the game just wants you to play and earn loot boxes every day. Loot boxes contain a selection of skins, sprays, quotes, poses and like, and honestly, during my time playing the game I felt the rate at which you earn loot boxes is generous enough, but their contents were pretty disappointing.

And this brings us to the point about loot boxes. This is not a free to play game, which is perhaps why they’re more generous with the reward system, but given there are four items per loot box, duplicates, and more than 100 items available per character, the odds are stacked against you at all times. The fact that the game asks for microtransaction investment to speed up your reward cycle is just, plain, bad. It’s a free to play mechanic that has no place in a premium-priced game.

And it’s a shame, because Overwatch plays well, and is incredibly well polished, but the gameplay loop needs a better reward system – just playing games over and over again feels tedious and boring to me, it needs daily challenges or a better reward progression system to keep me feeling invested, instead of just jumping in for a game or two a day for loot boxes. 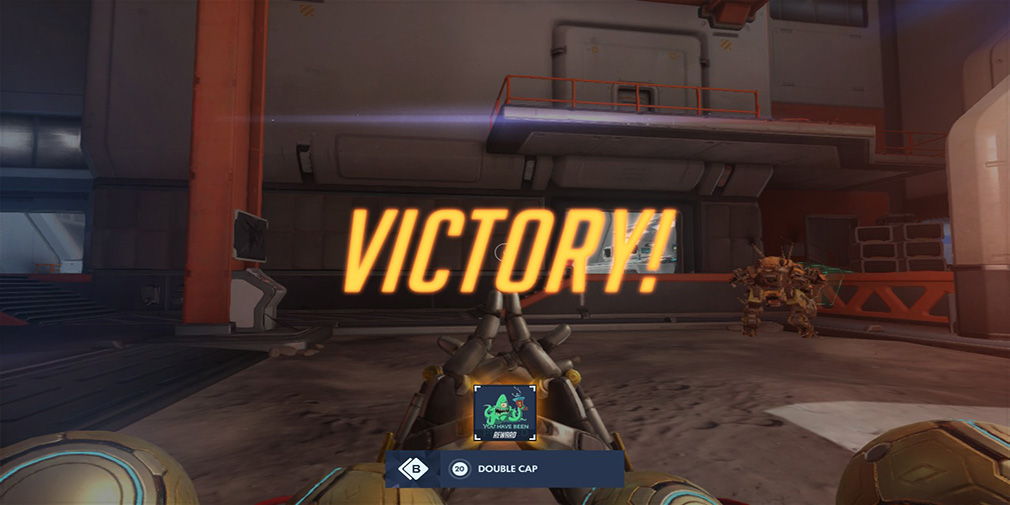 As for the port, it does an excellent job. In motion, you will never notice the lower resolution textures on characters and the environments, and the 30FPS cap is mostly consistent, although it definitely feels unusual to play when next to the 60FPS PC and console versions.

This is a fine way to play Overwatch, and this is certainly one of the smoothest shooting experiences available on Nintendo Switch right now, but the always-online nature of the game means it doesn’t make for a good portable shooter, and the lack of single-player content only makes that issue worse.

But despite all that, Overwatch is a good shooter, and the Nintendo Switch version is a decent way to play, it’s just let down by sluggish feeling movement on most characters, and a reward system gated entirely behind frustrating and disappointing loot boxes. If you can look past that though, this is a great online shooter.