Seemingly out of nowhere, EA has announced a pre-alpha for the third entry in its popular tower defence series, Plants vs Zombies 3. The alpha test is open to a very limited number of Android players, and it’s currently unclear whether they’ve already got all the testers they need. The original news of the alpha test came from Android Police.

From what I can see, there’s been very little info released about Plants vs Zombies 3 prior to the sudden announcement of an alpha test. I’ve tried to sign up myself, but the game’s Google Play page appears to be temporarily offline. There’s also no word on which regions the alpha test is open to – it’s all a bit confusing.

For now, all we’ve got is a couple of screenshots to go off, both of which looks really quite similar to the earlier games. If you’re new to the series, Plants vs Zombies’ gameplay focuses on short tower defence missions where you have to guard your home from endless waves of shambling zombies and gargantuan boss enemies.

The writer for Android Police has actually managed to play this latest game. They note that there’s a new upgrade system for the various flowers that involves collecting and spending special tacos. They also mention that Plants vs Zombies 3 is of course a free to play title, with IAPs priced all the way up to $99.99. 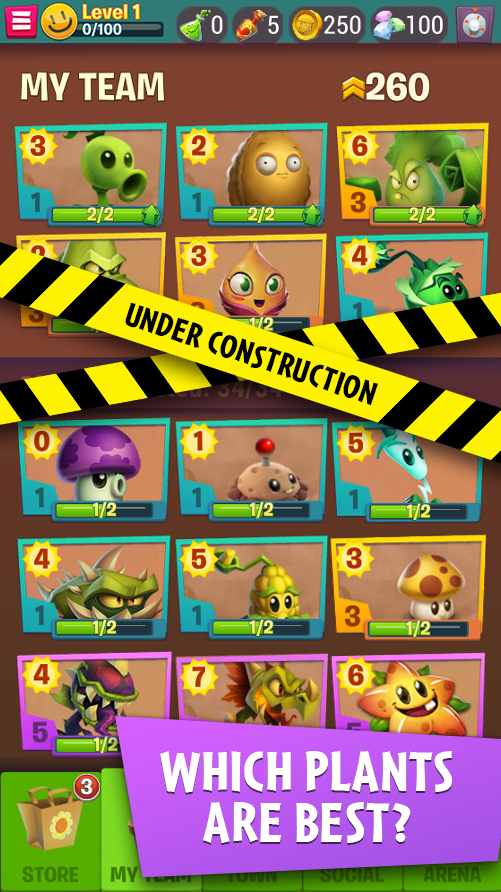 I’m kinda surprised at the very sudden nature of the game’s announcement. I haven’t played any of the mainline series in years, though I did really like the Garden Warfare spinoffs.

Here’s the link to the game’s Google Play page, which, as I mentioned earlier, is currently down. It’s probably worth checking in on the page over the next few days, especially if you’re based in the US which is where EA seems to be taking most of its testers from.