Pokemon Go and beloved, long-running anime/manga One Piece will be teaming up at the end of the month for a frankly bizarre crossover event. Quite how or why this came about is anyone’s guess, but I don’t care, it sounds cool, and now I desperately want a straw hat-wearing Pikachu.

The special event will run from July 22nd to July 29th, and the main draw is obviously the aforementioned Straw Hat Pikachu. In other straw hat-related news, you can also get a neat straw hat for your trainer to wear. This concludes our straw hat update for the month of July, 2019.

One Piece, if you didn’t know, is a Japanese anime and manga series that started life in Shueisha’s Weekly Shonen Jump magazine back in 1997. Since then, it’s spawned TV shows, various games, and now – its biggest accomplishment yet – a crossover with smash-hit AR title Pokemon Go.

For our sizable Japan-based audience, you’ll be able to travel to Kumamoto to see the all-new One Piece statue that doubles as a Pokestop. There’ll also be some art on display from the creator of One Piece himself, Eiichiro Oda. 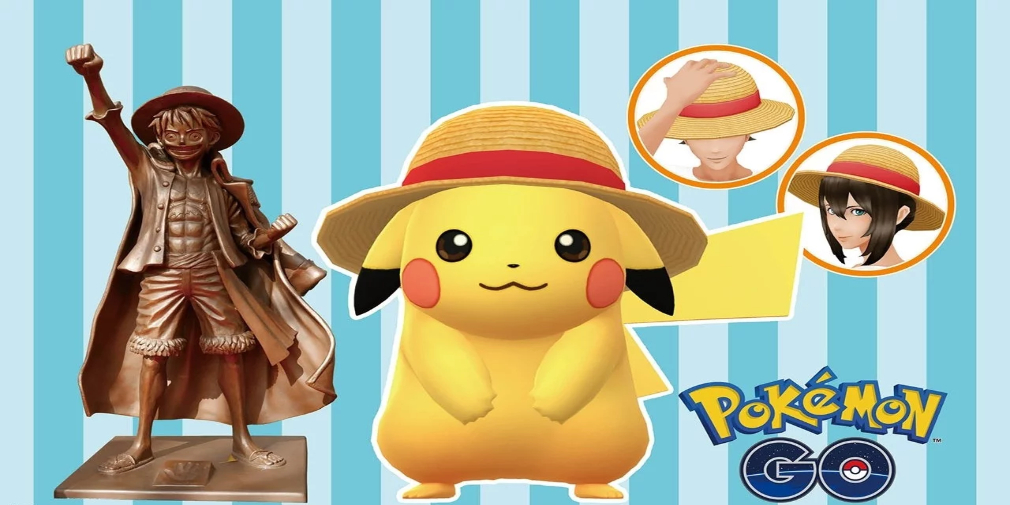 This year marks 3 years of Pokemon GO and 22 years of One Piece. Trekking through muddy Scottish fields on the hunt for rare Pokemon with my very adult friends now feels like a lifetime go, despite it only having been 3 years. If anything’s going to get me involved again in Niantic’s biggest hit, it’s the addition of cute straw hats.

If you’re yet to give it a go or have long since moved on from the summer of 2016, you can download Pokemon Go from both the App Store and Google Play. Look for the crossover event later this month, from July 22nd through to July 29th.