The latest update for PUBG mobile has dropped today bringing a new EvoGround mode to the game alongside new features for Classic Mode. There are also a few bonuses you can grab simply for updating before the 17th December that includes silver, BP and a 3 Day Winter dress.

First up there’s a new EvoGround Mode called RageGear. This will see players get divided into two teams and from there each person will get randomly assigned to be a shooter or driver. If you’re the shooter you’ll find yourself using either a mounted shotgun, RPG or Gatling gun.

If you’re a driver you’ll also have a weapon still lay down some fire whilst driving. The aim of this mode is simple, to destroy the enemy vehicles. There are two, slight variations of this called TDM and Pick Up mode. The former is simply earning one point for each kill until you’ve hit the target whilst the latter sees players picking up Points Crates, again aiming for a target. The difference here is those points are lost if the vehicle carrying them is destroyed.

Meanwhile, in classic mode, you’ll have a chance of landing in Snow Paradise whilst queueing for Erangel. Once you’re here you’ll be able to hop into a cable car up snowy mountains. Once you’ve reached the top you’ll then be able to snowboard back down again. 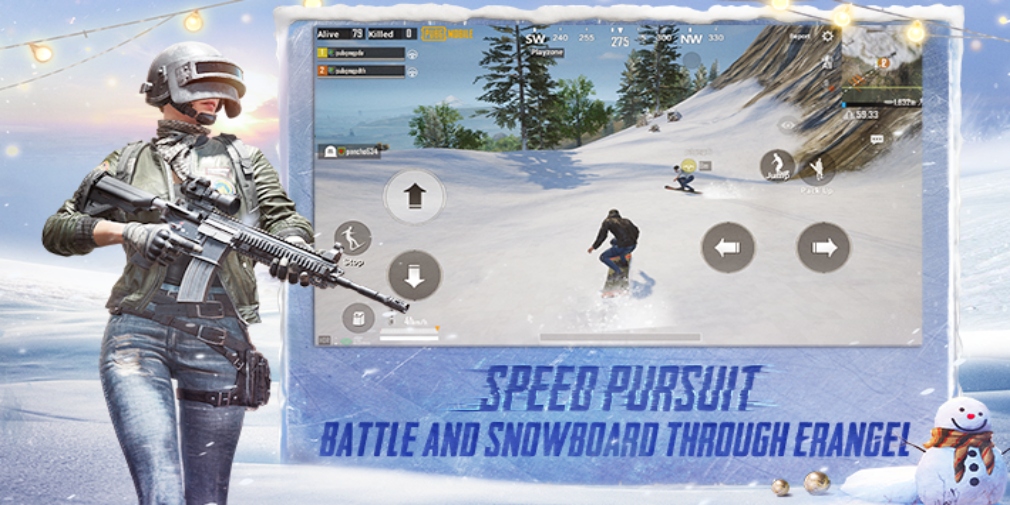 There are also two types of healing that have been added to classic. You’ll now be able to move whilst healing when using Med Kits, Painkillers, Energy Drinks, Bandages, First Aid Kits and Adrenaline Syringes. Your movement speed will be reduced when using them, however. Additionally, you’ll be able to use bandages continuously to automatically restore your health.

As with all PUGB Mobile patches, there’s also a whole other bunch of tweaks to weapon damage and performance, So if you’re interested in that minutia you can check out the full patch notes over on PUGB Mobile’s official site.

PUBG Mobile is available now on the App Store and Google Play. It’s a free-to-play game with in-app purchases.

Vote for YOUR Game of the Year in the Pocket Gamer People’s Choice Award 2020.