Sagrada is now available for purchase from the App Store and Google Play.

Sagrada is a dice-crafting board game that the folks at Dire Wolf Digital have been working on making digital recently, with a Steam Early Access version currently available. Today they’ve announced that the game will officially release on 31st March where it will also arrive for iOS and Android. There will be cross-play across all of these platforms too, which is great.

Sagrada is all about creating beautiful stained-glass windows using a variety of colourful. You’ll be competing against others to make the best-looking window possible so that you’ll be revered as the best window artisan around. There are several factors that make this trickier than it sounds, however. The different windows you’ll be decorating will have restrictions on which colour dice can be slotted in alongside the number showing on that die.

Beyond that, there will be fans of your work that have their own idea of what your masterpieces should look like, so you’ll need to pander to their desires a little to earn a higher score. To help make everything a touch easier, there will be artisan tools available to you that will allow you to shape which dice are available.

For instance, there is one called Flux Brush, this will allow you to draft a die and then re-roll it. The die will be returned into the Draft Pool if it cannot be played. This could prove incredibly useful in certain situations so knowing when to make use of these cards will be integral to your success. 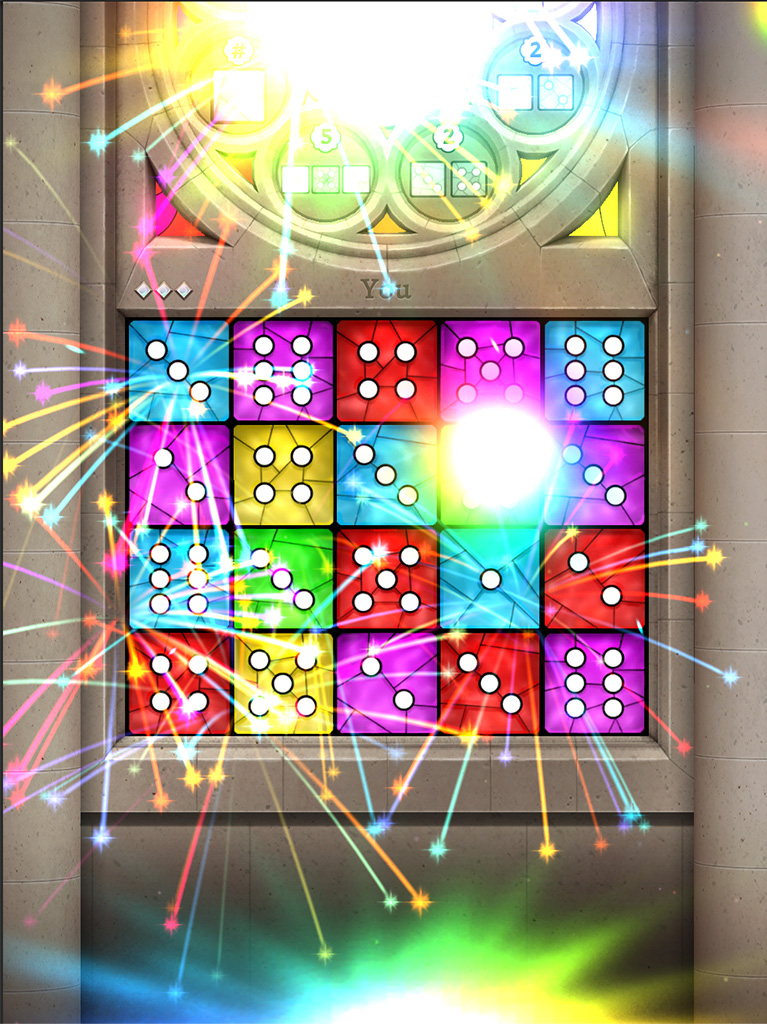 Dire Wolf Digital is well-versed in creating digital board games that can be enjoyed on mobile. Last September they released Raiders of the North Sea, an adaption that Dann found to be a ‘perfect digital board game adaption’. Suffice to say then, they seem to have developed a knack for it.

Sagrada will be available on the App Store and Google Play on 31st March. There’s no word on pricing at the moment, though the Steam Early Access version of the game currently costs £7.19.

Enjoy board games? Here are 25 of the best digital adaptations available for Android