Silk is an exploration-heavy, tile-based RPG set on the Ancient Silk Road. It’ll arrive on Nintendo Switch next month, and it’s said to boast one of the largest handcrafted video game worlds of all time.

Developer International Hobo’s game is open to various different approaches. You could focus on living the life of a trader, travelling from town to town with your wares, or perhaps you’d prefer to carve out your place in the world through violence, recruiting a renegade army as you go?

When starting out, you get to select which Destiny best suits your intended playstyle. As The Traveller, you’ll set out on an epic journey across dangerous wilderness; The Rebel’s path sees you attempting to overthrow Rome’s greatest enemy, the all-powerful Parthian Empire; The Warlord focuses on raiding other kingdoms to amass a fortune, and The Noble seeks to develop an unrivalled trading empire.

As you continue on your adventure, you’ll encounter unique Advisors who can be persuaded to join your party. There are thousands in total, and each of them is said to unlock thousands of unique choices.

According to Nintendo Life, the game’s world stretches out over three million square miles of terrain, from Roman Damascus to Three Kingdoms China. Even with games like the absurdly oversized, overlong Assassin’s Creed: Odyssey now being commonplace, it’s still hard to wrap my head around some of these numbers. If you fancy comparing the biggest open worlds around, check out this neat interactive map.

Most will likely be drawn in by that promise of an unfathomably huge, handcrafted world, though I think the real highlight here is the resurrection of exploration-heavy, tile-based RPGs. I’ve heard of many games that fit that description, including The Bard’s Tale and Eye of the Beholder, and yet I’ve never had the chance to play them, largely because I wasn’t around when the genre was still kicking. 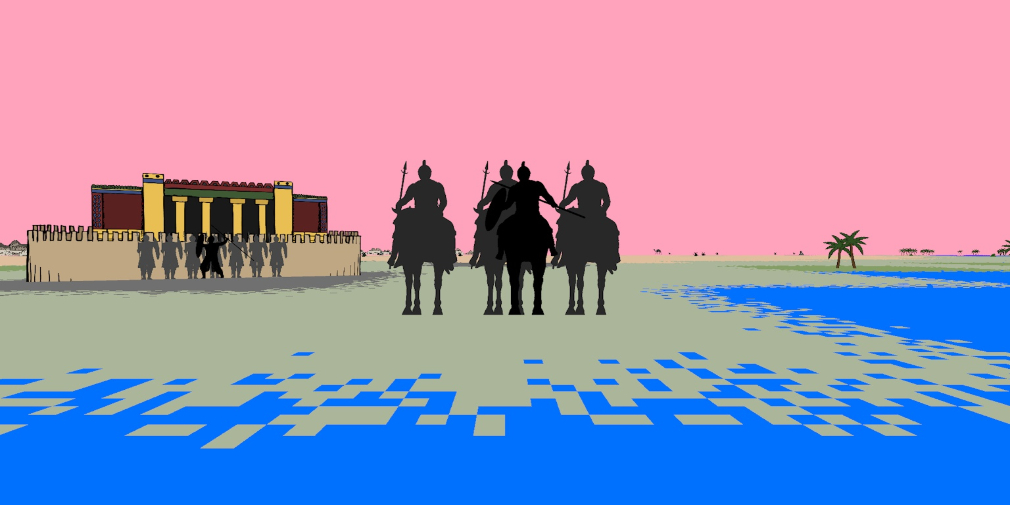 Silk is set to come to Nintendo Switch next month, and I find myself intrigued by the fact that there’s seemingly nothing else like it being made right now.