To say that we’ve been waiting patiently for Sam Barlow’s next experiment in narrative would be a big lie. We don’t need to wait any longer though as Telling Lies is here and it’s certainly another massive step forward in narrative. Interestingly though it steps away from all but the most basic elements of the designer’s award-winning Her Story, even though it is incredibly hard to talk about Telling Lies without referencing that iconic game.

Some professionals are required to omit information or twist the truth in their day to day work, and sometimes we change who we are to suit the people we are around – these are universally known truths. Telling Lies explores the life of somebody who must lie for their job, but who is also somebody who struggles to juggle the web of people they have entangled themselves within. It also explores those others within the web, and those who create similar webs.

It’s easiest to start talking about Telling Lies’ mechanics through a comparison with its forebearer, Her Story. Her Story revolved around a murder we never saw, through interviews with the leading suspect(s). It played out as a series of videos taken in interrogation rooms, where the police asked questions (which you cannot hear) and then the suspect(s) answers. All progression happens inside the mind of the player – as each video is out of order and catalogued by the words that triggered it. To make matters worse, the hardware you are ‘using’ can only display a handful of results at once – meaning that you’ll need to use increasingly specific terms in order to find the videos you mentally require to fill the story holes. This format means that you can watch the last video first, but it won’t make any sense without the context of the others.

Telling Lies, then, takes Her Story’s one-sided conversations and replaces them with both sides of each conversation. This means that, unlike the predecessor, if you can find the matching video then you can learn exactly what the question to the answer was. This would make for an extremely simple story to resolve if it wasn’t for the aforementioned web of lies.

While the baseline experience is definitely similar, Telling Lies feels infinitely more modern than its predecessor. Her Story’s jail cell setting might have given it a strange timelessness, but in doing so it restricted the character of the world. Telling Lies takes that almost anti-anachronistic setting and bolts it into the real, modern world. Characters are agents, cam girls, paramedics; they have children, they sing, they attend meetings and have chats with co-workers. This creates a never before seen thing – a video game which fully feels like it is comprised of slices of life.

In trying to build a complete narrative Telling Lies extends over a mass of hours, and not only that but the air time is essentially doubled because you have both sides of the conversation being monitored. In an ideal world players would be able to select videos and run them in parallel, pairing the conversation into a whole one so they can better analyse it. But, this feature not being included is well justified by the in-universe, restricted software which you must use to view the videos. However a greater issue, and possibly my biggest bugbear, lies in what otherwise might be seen as an improvement: When you do search (or click to search – definitely an improvement) a term, the resulting videos are automatically set to start at the first instance of the word.

What this means is that sometimes you’ll have a video start over halfway through because that’s the first mention of the word. Indeed, the first search presented in game is ‘Love’, and several of the videos in that selection suffer from this issue. There’s also no way to quickly return to the start of the video – instead you have to rewind or fast-forward it at varying speeds. It is almost there, but when it comes down to it the absence of these – when they seem so simple to have implemented – frustrates as a design choice. 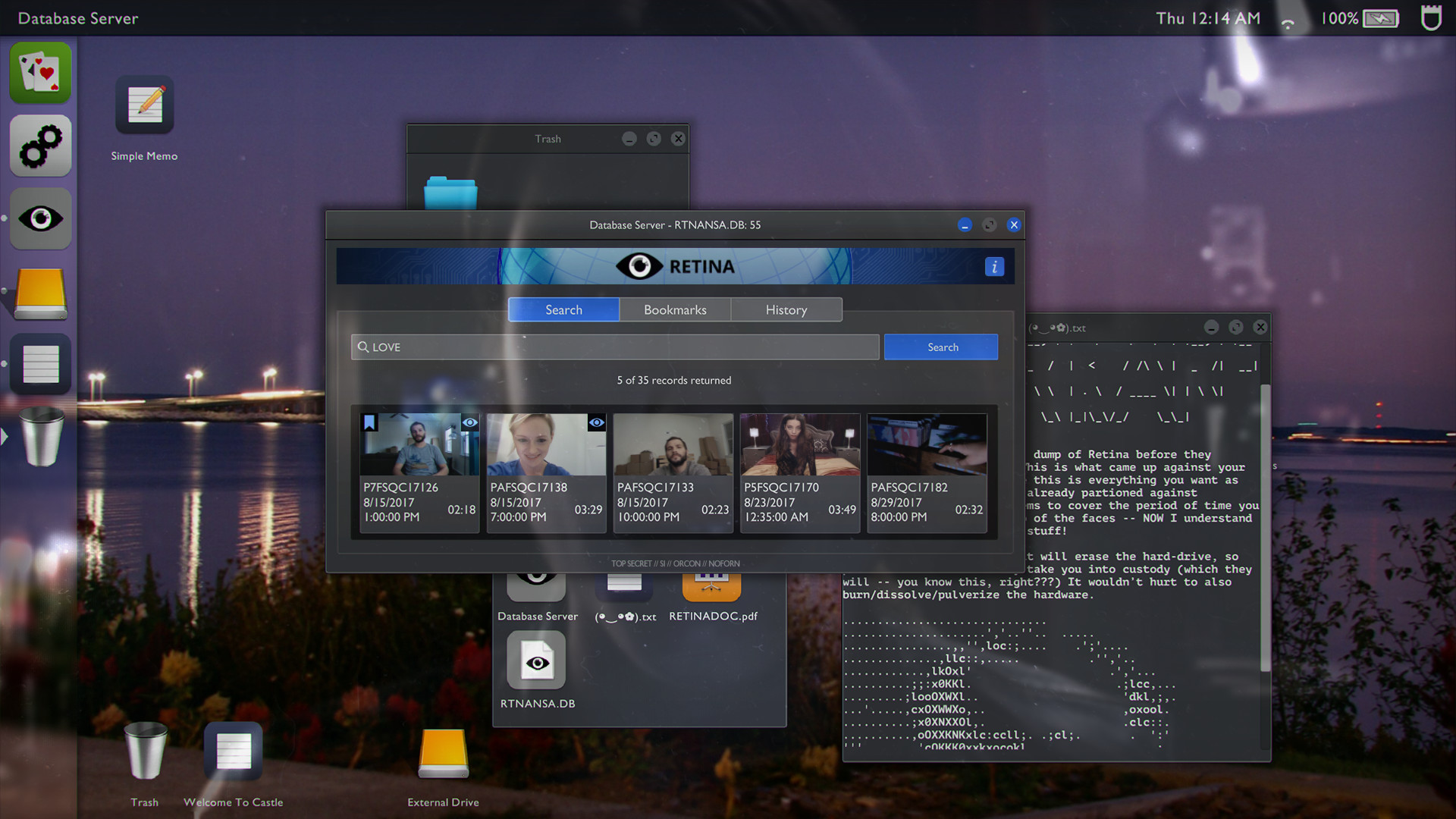 Telling Lies tells a fantastic story of concealed identities, while also showing the power that lies can have over lies – whether they are our own or ones we are told to make. A few basic mechanics feel lacking, but it is impossible to deny the mastery of manipulated storytelling which is on show through clever design and impressive writing.

Telling Lies is available now on the App Store.