I’ve got a lot of time for God Sims and Zen games, there isn’t often much of a crossover between the two though, well not outside of the idle space. The Kreator takes familiar infinite runner mechanics and straps them onto a relaxing experience about nurturing life, and it does a great job of it.

StarRhyme’s little free-to-play experience, The Kreator, is a relaxing journey through pastel plains and sublime seasons. At its heart its a little tap-platformer, one best played by channeling that tap-to-bob Flappy Bird style. However, rather than guiding a bird through a series of dubiously-copyright-adjacent piping, you’re guiding a shining beacon of light over plains and oceans.

Even outside of its zen-mode The Kreator is a relaxing experience. You bob and weave through the atmosphered of a planet, collecting glowing wisps and glinting, golden orbs to prolong your life, while also dipping down toward the surface to paint it with life. If you miss and orb then it turns dark and attempts to chase you down, miss a tonne and they swarm or merge to try and end your run.

The way to stop this premature death is to collect the wisps I mentioned. These will throw themselves at the encroaching darkness, or occasionally send out pulses, which evaporate the darkness. A gamble quickly appears where you have to really push yourself to grow your wisp entourage just in case you miss the orbs.

If you do manage to collect the orbs and keep going then you can decorate the land with a couple of layers of trees and undergrowth. Last long enough and you’ll shift through the seasons, this rewards you with new tracks to listen to, and new palette and asset swaps until the next season. It’s definitely an incredibly simple concept, but it is done with such a wistful, magical simplicity that it is incredibly easy to lose track of time. 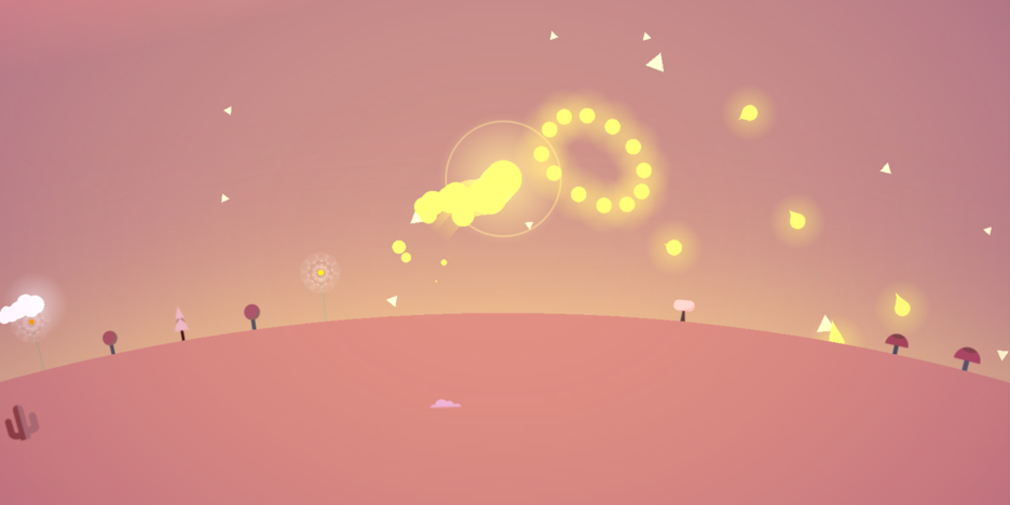 All of that said, there is a point where it runs out of depth. You realise that you’re simply attempting to last as many days as possible, and you’ll see the same seasons and the same patterns if you keep going. For some this will signal the end of their time with the app, however if you can move past this and treat it almost as daily runs, breaking it into smaller, bite-size runs, then The Kreator is just deep enough to feel like it will keep giving.

Surprisingly, it is incredibly light on in-app purchases. The only ones available at the moment are a new world, Dreamland, and the unlockable Zen mode which removes fail-states. I’m surprised that there are not more soundtracks, and even more texture and asset packs available thus far. Maybe that will come in future.

The Kreator is available now via the App Store.

Check out our reviews section to discover the latest, and greatest, games.