Warhammer Combat Cards is a mobile adaptation of the classic card game known as Citadel Combat Cards. Well Played Games and Flaregames’ ambitious card battler is set in the war-ravaged universe of Warhammer 40,000, and it’s available now for iOS and Android.

Games Workshop’s cult card game has remained popular among Warhammer fans ever since its release in the late 80s. It focuses on the eternal conflict at the heart of the 40k universe, and it features many recognisable characters and ideas that would go on to inspire other titles in the genre.

This mobile adaptation boasts an expansive roster that goes well beyond what would be possible with a physical card game. At launch, it features all Warhammer 40,000 factions, with even more characters and cards set to arrive in post-launch updates. Each and every one comes with its own ‘Eavy Metal-painted miniature that corresponds to the physical product line.

It’s the interplay between all of these different factions that lends the game its tactical edge. You can, for example, combine powerful Warlords with allied Bodyguards to build yourself an all-powerful deck.

There are also time-limited story campaigns to get involved in that are sure to challenge even the most battle-hardened players. To keep things fresh, all of these themed events will require you to deploy decks affiliated with a specific faction, so you won’t be able to fall back on the same old tactics. 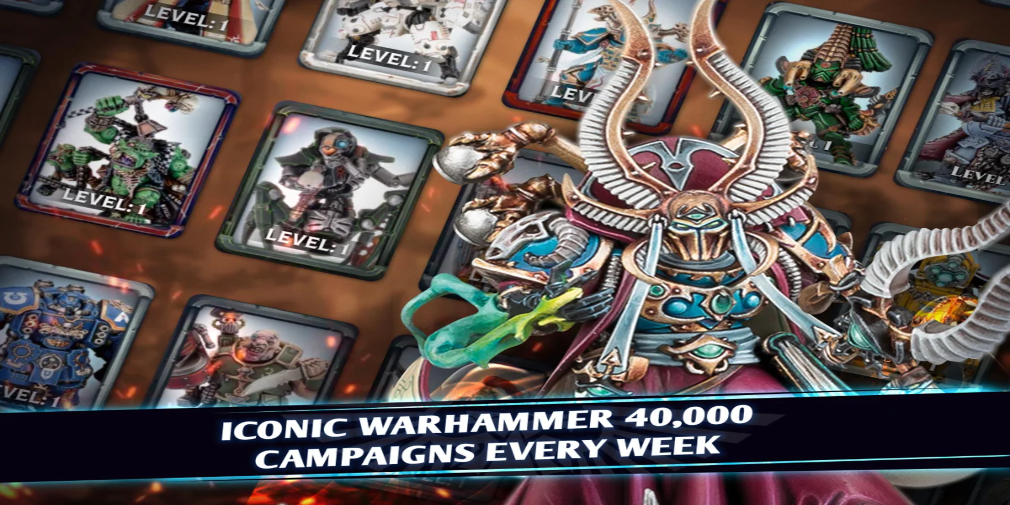 Battles are made all the more intense thanks to the score composed by Gareth Cousins, an acclaimed music producer known for his work on dozens of films and TV shows, including Alfonso Cuaron’s Gravity.

While it might be targeting Warhammer fans, I reckon this one could also please more casual card game players. You’ll find Warhammer Combat Cards available for download now over on both the App Store and Google Play.