Games Workshop and Virtual Realms have come together to create Warhammer Odyssey, an ambitious RPG that takes you on a monster-slaying, intrigue-filled ride across iconic ‘Old World’ locations. It’s been built from the ground up for mobile, and it’s set to launch for both iOS and Android.

Morrslieb the Chaos Moon casts a grim shadow over Warhammer’s Old World, with panicked doomsayers now taking to the creature-filled streets. Everything appears to be going to pot, and yet all is not lost. Ancient pacts are being honoured between groups and heroes are beginning to emerge. Soon, the world’s bravest will head out on an epic odyssey to save civilization itself.

You can join a band of mercenaries with your friends and gradually work to push back against Morrslieb’s evil influence. This quest will see you travel across iconic Warhammer locations, from Marienburg to Drakwald Forest to The Wasteland. Each new area is packed with its own nasty enemies to beat and missions to tackle, with there being hundreds in total.

At launch, there’s set to be three playable races – human, dwarf, elf – and six distinct character classes, making creating your own unique hero a breeze. The Witch Hunter makes use of rapid-fire attacks and devastating debuffs to overwhelm the enemy, while the Archmage utilises both offensive and restorative abilities to take on foes from afar and support nearby allies. Other classes include the Slayer, the Engineer, the Shadow Warrior, and the Warrior Priest. 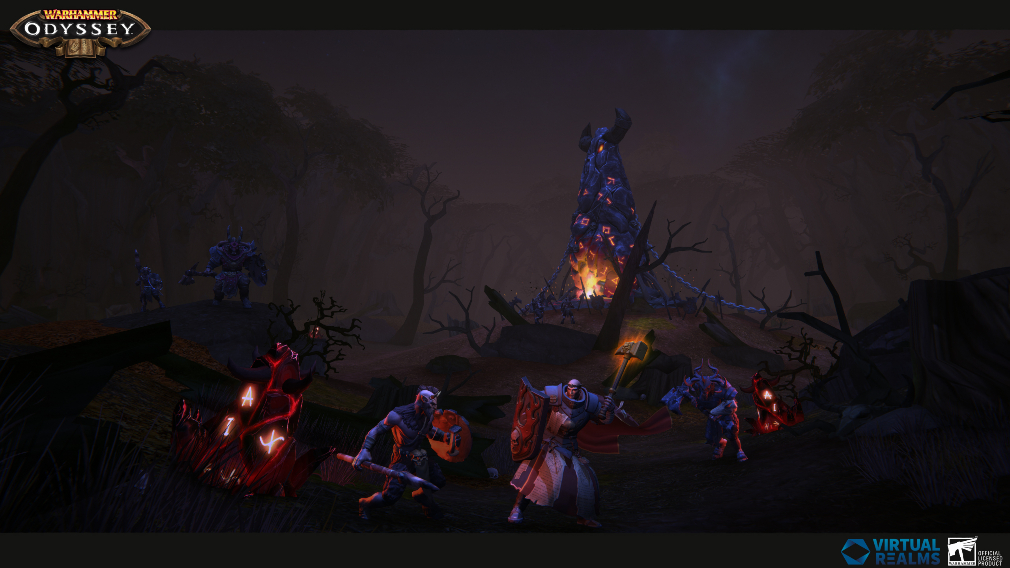 You can also expect to see regular content drops that’ll add fresh bosses, enemies, and iconic locales from the Old World. Clearly there’s no cause for concern where quantity of content is concerned.

Keep an eye out for Warhammer Odyssey when it launches on both the App Store and Google Play at some point in the not-too-distant future. There’s currently no release date or pre-order info available, but we’ll be sure to let you know as soon as more details emerge.